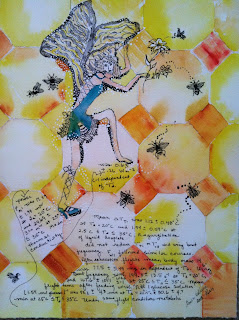 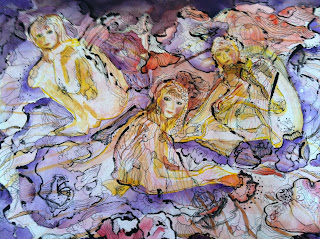 After it was over and they could talk about their freedom they said – well it’s not like what happened could be explained in concrete terms – no, not as if we’d timed it so we were able to observe something NOT ABSTRACT like the sudden appearance of smiling dolphins or anything as laughable as that – of course not and with all the confusion caused by the red sky at the wrong time of the day – and no indication of moring or night – yes, we had no choice about the sky – all we know is grace holds up the clouds and seems to keep our pulses pulsing. They weren’t in a joking mood but a joke was hard to resist. One of them calmed the other by putting a hand on her trembling shoulder and said – I’m grateful for the impracticality of the word abide. It’s the only word that comes to mind right now – Abide? Isn’t that strange. I thought I heard that word just now myself, like a reverse injunction, a mandate of some kind – Yes, or an invitation – Abide? It’s not a word that comes up a lot – not on the radio – or the internet, but I heard it all the same – Me too, yes, abide. They sat together in silence, all stunned by the terror of freedom. One woman (top right), almost being choked by her wings. One woman (bottom middle) reclining, reluctant to make the first move. The other woman (top left) leans into freedom, ready to leap. 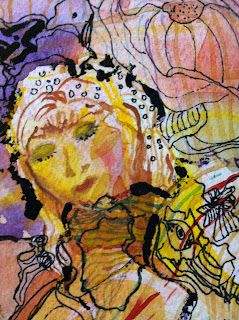 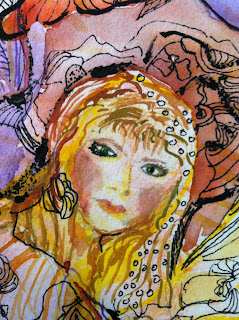 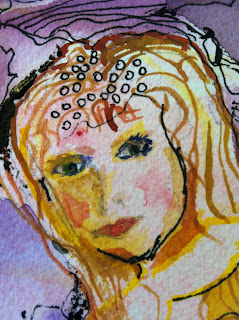 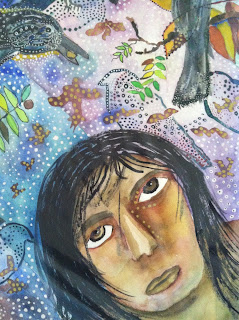 On the Hunt
He looked everywhere. He has looked to the skies, in nature, in power, in relationships, in success, in symbols and dreams and stories and song. Indeed, so fervent is he in his hunting he has almost silenced the small inner voice that has been trying to tell him all along what it is he’s hunting for. C.S. Lewis was right (of course) when he said in The Weight of Glory, “Almost our whole education has been directed to silencing this shy, persistent, inner voice; almost all our modern philosophies have been devised to convince us that the good of man is to be found on this earth…” 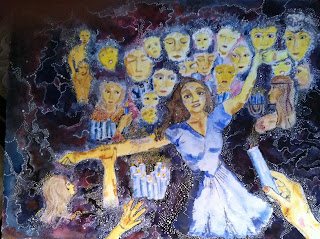 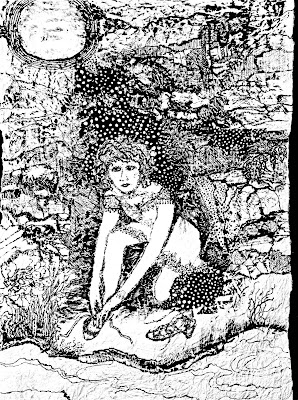 In the thin places Love’s lunge takes you one step into the moonlight while your other leg flails in the dark. Pay attention to your tears, to your anger, to your joy. When the light permits shod your feet with the gospel of peace and go forward. If the darkness persists take off your shoes. Wait quietly for the words. Holy holy is the ground.