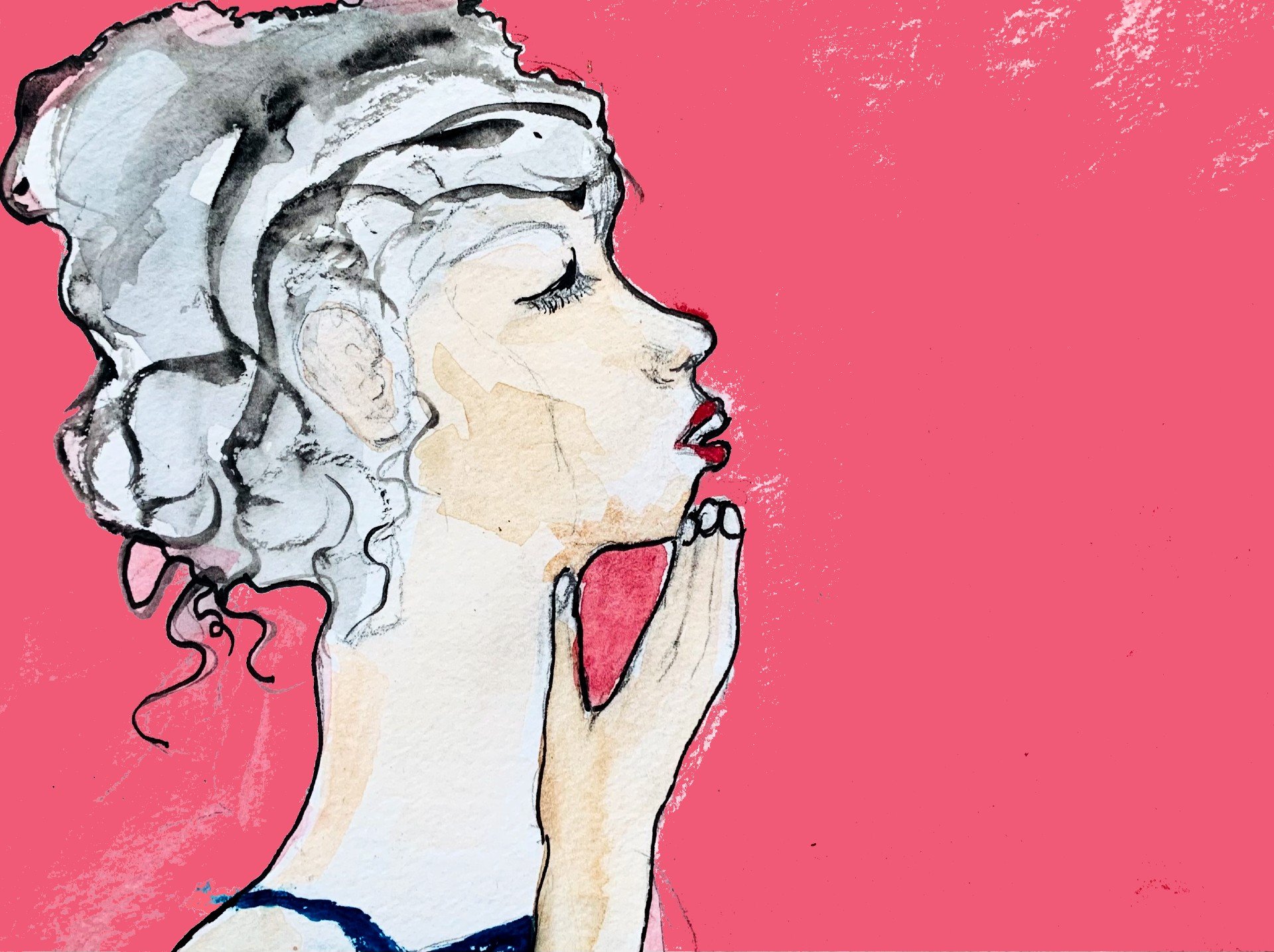 The quarrel with myself continues
hour by hour – no reconciliation –
little ascents and collapses,
a turning back,
retreating,
the same ground appearing, less defined in compromised light,
signs torn down or graffitied over with symbols from outsourced cans.

Counterfeit gods murmur without as well as within –
I toss, estranged,
not choosing,
in not choosing,
choosing.

A parade of creatures marches by to hawk their wares.
First, an old tom turkey regaled in a quivering fan – see me, see me, see me.
Then the ducks – 2 drakes and a hen, fall like tri-cut Icarus,
wings charred by mating fire.
I think rape, they squawk instinct and tumble in a snow of feathers.
An old opossum ambles by at dusk, refusing to play dead or grip stability with its tail.
A loping raccoon, leads an alley cat on a wild goose chase, enticing me to play.

If I choose wrong what becomes of me?
The woman who paints a world I need to see,
woman unnerved by snakes,
startled by sudden noises,
faithful to a fault.

The world has become a podium of sirens,
a widening asphalt of deceit, a force of obligation to opposite causes
and broken churches.

What does it mean to desire compassion, and not sacrifice?
Is it okay to be confused?
Father, forgive me, I know not what to do.